The services offered by FoundOcean and CAPE Holland for the stabilisation of offshore structures enable the construction of safe foundations for such installations, being them oil & gas platforms, pipelines or offshore wind farms.

A failure on the foundations of such offshore structure can cause oil spillages and have a catastrophic effect on the environment.

CAPE Holland is the pioneer in vibro-piling, a technology that offers substantial environmental advantages vis-à-vis the mainstream impact hammer technology. In fact, CAPE Holland is able to reduce noise emissions by 30-40%, down to a level that is not disturbing for sea life.

FoundOcean Group is an offshore services contractor, offering specialist services for the installation of foundations to the offshore energy sector (offshore oil & gas and offshore wind).

The group originated from the offshore grouting business of the UK-based FoundOcean Ltd, founded in 1966 within the British civil engineering group Wimpey Construction, and moved into offshore piling with the acquisition of Netherlands-based CAPE Holland BV in 2014. Grouting, which is the underwater stabilisation of offshore foundations, and piling, which is the driving foundation piles into the seabed, are synergic services, both highly critical for the installation of offshore foundations.

The group is headquartered in Marlow (England) and operations are based in Livingston (Scotland) and Beilen (Netherlands).

The company operates worldwide, with offices, logistics facilities and partners in all offshore energy hubs in the world: Houston, Dubai, India, Indonesia, Malaysia, Australia. Ambienta joined FoundOcean as a key shareholder in June 2012.

Ambienta only invests in businesses which have a positive impact on the environment through either, or both, a Resource Efficiency or Pollution Control contribution. Our proprietary methodology, the Environmental Impact Analysis, allow us to measure the contribution of different businesses to sustainability in terms of Resource Efficiency and Pollution Control which we capture through 11 Environmental Metrics.
For each portfolio company we report its impact in relation to our metrics.

FoundOcean Group’s contribution to Pollution Control is summarized by the following Environmental Metrics and SDGs: 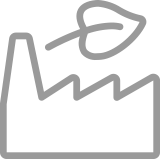 Our Methodology and Metrics are fully aligned with the UN Sustainable Development Goals adopted in 2015. Through our investment scope definition that focuses on products and services that improve Resource Efficiency and Pollution Control we fully capture 10 of the 17 Goals and their respective sub-goals.
For each portfolio company we report its impact in relation to the SDGs.